G is for Gabby


G is for Gabby 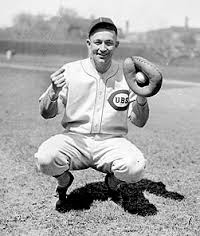 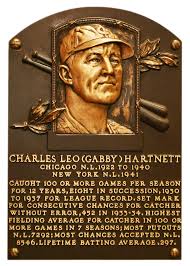 The Pittsburgh Pirates led the NL for most of the 1938 season but started to unravel in September. When they came into Chicago for a 3 game series , the Cubs were only 1 1/2 games behind the Bucs.  Dizzy Dean who was traded from the Cards to the Cubs in 1938 beat the Pirates in the first game.  In the 2nd game the score was tied 5-5  as the Cubs came to bat in the 9th.  Because Wrigley had no lights the umpires decided that the 9th inning would be the last which would cause the entire game to be replayed the next day.

The Cubs were down to their last out and Hartnett was 0-2 in the account.  As twilight descended Hartnett homered into the left center bleachers and the crowd erupted.  The Cubs essentially won the pennant on that home run.

Hartnett hit all but 5 of homers for the Cubs but his walk off in 1938 put the immortal touch on an already HOF career,

For More A to Z Blogging click here.
Posted by Home School Dad at 4:08 AM

What a story! A movie could be made, so classic.

Interesting post, great to read a little of the back story :)
Debbie